Two types of car noises that you should not ignore

Two types of car noises that you should not ignore

Cars often produce unusual noises when they develop faults. As such, it's important not to ignore any new sounds that your vehicle starts to make. Read on to learn more about two specific types of noises that could indicate that there is something wrong with your car.

A grinding noise when you hit the brakes

A loud, grinding noise which only occurs when you press down on the brakes could mean that your car's brake system is in need of repair.

This sound usually appears after the brake pads have completely worn away. These pads prevent some of the brake system's components (specifically, the brake rotors and callipers) from coming into contact with one another when they are in motion. When the pads deteriorate, these components will start to grind against each other; this is what causes the grinding noise.

If you continue to drive your car after this noise appears, both the rotors and the callipers will eventually be destroyed. Additionally, ignoring this sound could also increase your chances of being involved in a road accident, as your damaged brakes could suddenly stop working when you, for example, need to come to an abrupt stop to avoid colliding with another vehicle.

A clicking sound that comes from the car's engine block

A clicking sound that emerges from your car's engine block could be a sign that your engine oil levels are too low.

Engine oil acts as a lubricant. The clicking sound that occurs when levels of this oil drop too low is caused by the components that make up the engine's valve-train rubbing against one another.

If you ignore this clicking noise, two major problems could arise. Firstly, the non-lubricated moving components inside the engine will start to rub against each other and in doing so, will become abraded. This abrasion could affect the functionality of the engine.

Secondly, the friction created by these components scraping against each other will generate heat within the engine block. Prolonged exposure to heat can warp many of the engine's most crucial metal components, such as the cylinder heads and gaskets.

This could result in the entire engine being damaged beyond repair.

As such, if you hear this noise, you should check the engine oil levels immediately and top them up if they are too low. This task should take no more than five minutes to carry out and could potentially spare you the hassle and enormous expense of repairing or replacing your car's entire engine block. 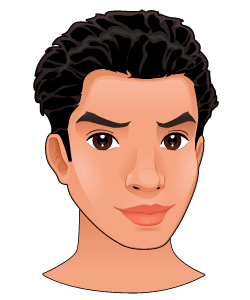